BudgetEase and the Emerald City

This past week I joined the BudgetEase crew on a trip to the Federal Reserve of Cleveland as a team building exercise. Our goal? To get an inside look at the Federal Reserve. As bookkeeping experts helping others manage their cash flow and expenses, we thought it only natural to find out how the government manages the billions in cash that flows through all of our hands every day.

After enduring the chilly Cleveland temperatures we entered the massive Federal Reserve Bank. Upon entering we were greeted by our friendly tour guide Kris. Our first stop was the beautiful main lobby of the Reserve. The lobby had vaulted and domed ceilings, all trimmed with gold. Along with the surrounding gold marble walls the lobby gave me the impression that I walked right into a twenty-four caret gold bullion.

The most interesting part of the trip was the old vault where the Reserve used to store its money. In order to gain access to the vault we had to take an elevator four stories underground. Stepping into the old vault was like going back in time. The first thing I noticed was the gigantic vault door, which Kris informed me was the world’s biggest, weighing in at a staggering 100 tons! The vault was lined with old iron bars surrounding rows and rows of safes which at one time held money, security deposits, anything of value to the bank. 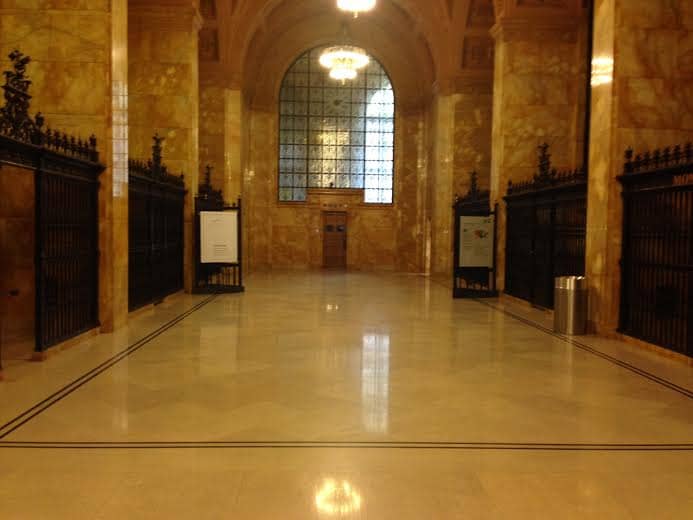 In contrast to the old vault the Reserve’s new vault was extremely advanced and much more technological. Where the old vault depended on massive iron and concrete structures to keep their money save, the new one depends on detailed security and robotic systems to help sort out and protect billions of dollars. And the security is no joke. We were not allowed to enter the vault, instead we had to be content watching the whole process from behind glassed windows. The amount of money going in and out of the new vault is double or triple checked by both employees and robots. There are cameras at every angle and employees are not allowed to bring in wallets, bags, anything that cash could be concealed. Safe to say that the Federal Reserve is the last place you want to steal from.

Touring the Federal Reserve is a must do. Checking out the architecture alone is reason enough to go. The tour not only gives you an idea into how the Federal Reserve stores and transfers its money and deposits, but also gives you a glimpse into the past. One of the biggest things I took away from the Cleveland Federal Reserve was that even though they were the smallest employed Reserve in the U.S. they were by far one of the most efficient, kind of like BudgetEase. But writing a blog on the Reserve only does this historic institution some justice, you need to check it out for yourselves! 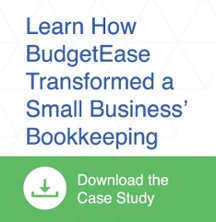